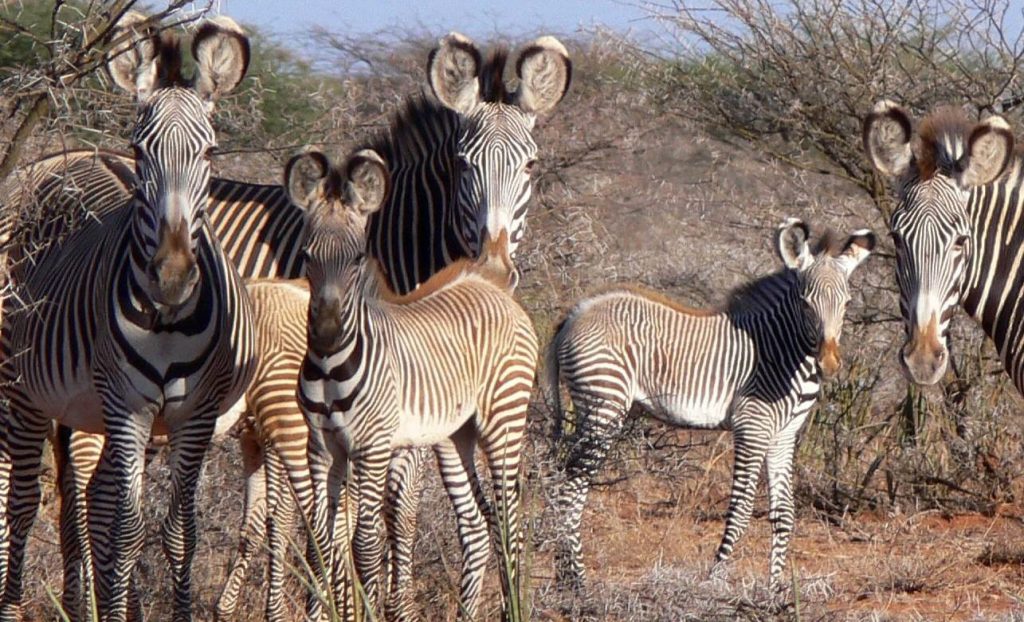 On a quest to save Grevy’s zebra in East Africa, Belinda Low Mackey, used training she received in HMI’s Holistic Management Certified Educator program to help structure and strategize the efforts of the Grevy’s Zebra Trust, where Belinda serves as Executive Director. The result was the restoration of millions of acres of savannah and the secured livelihoods of a hundred thousand pastoralists. Grevy’s Zebra Trust (GZT) works to protect the endangered species and its fragile habitat while working with the community as a whole. GZT began collaborating with the Northern Rangelands Trust (NRT), which had been supporting Kenyan pastoral communities to establish core wildlife conservation areas that excluded livestock and included safari concessions. The diversification required more resilient and productive land. GZT determined that holistic planned grazing was sorely needed in order to restore the habitat of the wildlife and convinced several other conservation organizations, including NRT, to support the practice on a trial basis. Holistic planned grazing was appealing because it served the pastoral community and could potentially increase biodiversity and rangeland productivity with relatively low input. Workshops for community groups and trainers began in over a dozen community-based wildlife conservancies, representing 1.5 million hectares (3.7 million acres) and over 133,000 people. Drawing past and present maps, the participants engaged in charting the demise of the area’s ecosystem and then identified needs and strategies to achieve the holistic goal. The topic of planned grazing and its benefits empowered many in the groups. Commonly, participants would say, “We can do this, our ancestors did this and it was good, we can do it again”.

However, some were reluctant to community-wide planned grazing due to past experiences in the region. Fears of outsiders coming in and taking their land and individuals being left out of the process rose to the surface. Resistance to change is human nature, but Belinda knew changes were needed in order to restore Grevys’ zebra, and those changes would require trust and cooperation among community members.

The first pilot demonstration site was established in the West Gate Community Conservancy, setting aside 1000 hectares (2500 acres) of “buffer zone” located between the strictly wildlife area and the open communal grazing land. Families loaned their cattle, which were bunched together to graze the buffer zone for a specific time and tended by hired herders. Animal health and land condition were monitored so that any needed adjustments could be made. Over time, the technique proved to be a success! West Gate even hosted groups from other conservation agencies to show how holistic planned grazing benefits the community, land and animals, even when done on a small scale. While the land was visibly improved, what impressed the West Gate community most was the condition of the animals that came off the planned grazing sites.  They were noticeably fatter and healthier than local cattle that weren’t part of the program.  NRT even purchased some of the cattle, offering income for education, supplemental food and other necessities for community members. The community was moving toward their holistic goal.

Several other conservation areas followed suit and continue holistic land management practices and training. The workshops are in remote locations and include a diversity of people: young, old, schooled, non-schooled, men, women. Belinda makes sure that there is diversity so knowledge from the training has the power to affect all. Her goal for the training programs is to establish enough knowledge and information within a community so they can get behind holistically planned grazing and put it into action and sustain it for generations to come.

In the process, she has captured the heart and respect of the people in the region. She continues her journey, side-by-side with local communities, to save Grevys’ zebra from extinction and improve the ecosystem that all need in order to thrive.

To read the full In Practice article by Craig Leggitt, click here (pages 3-5).

Read more about how you can build healthy soil on our Healthy Soils Resource Page.