The Swickard family has been producing grain and livestock in California since 1852, and is now working into the 7th generation. Todd Swickard is 6th generation, raising natural beef and marketing a branded product, and some of his children help with the business.

Todd’s great-great-great grandfather Andrew Swickard came to California by sea, sailing from New Orleans via Cape Horn in 1852 and homesteaded in what is now Silicon Valley.

Several generations and many decades later, the valley had become too urbanized for ranching. “My dad and his brother developed successful cattle, haying and farm operations. They actually had three crops besides the cattle and hay—prunes, apricots and walnuts. However, after the war ended, a big four-lane freeway (Highway 101) was put through the middle of the ranch. Houses started coming in all around it, and our family didn’t have any choice but to move,” recalls Todd.

Todd’s father could see that it wasn’t going to work there much longer, so he found a ranch in northeastern California. “We are located where the Cascades, Sierra Nevada Mountains and the Great Basin all come together, on the east side of the mountains. This is good cattle country,” Todd says. In 1994 Todd took over the daily operations of the ranch from his father and he and his wife Loretta developed a natural beef program in 2006. Their cattle are primarily Angus but have been crossed a little bit with Herefords, Senepol and a composite.

The cattle run on Bureau of Land Management (BLM) and Forest Service allotments as well as private land. “We run on three different Forests and have quite a bit of BLM, and some private leased land as well, with cattle on about 700,000 acres. With our efficient cattle we are able to minimize hay use in the winter. The cattle can manage to keep grazing. We used to feed about 2 tons of hay per cow during winter, and we have some cattle now that don’t get any hay at all. On average, we are now feeding about half a ton per cow per winter.”

Whenever they do feed hay, they try to feed it on ground that needs more litter and fertilization. “We feed in areas that needs some help for the soil. Depending on the area, sometimes we harvest our hay a little late so that the hay incorporates the seeds. Wherever we feed the hay, it becomes a seeding process, and this works very well.” The cattle operation works with nature instead of against it, and it is amazing what you can do with cattle to improve the land and forage.

“You really see the difference, in the increased productivity, if you can manage it right and do some things like that to take care of the soil. This helps ensure more plants and plenty of cover for the land. Productivity of the land is so much higher this way, than it is under traditional season-long use or using it the same season every year,” Todd says. This is where Holistic Management helps people understand how these parts work together. When the Swickards first began to market natural beef, they started selling their product at farmers markets. This opened the door to acquire a permanent location at the Oxbow Public Market in Napa, California in January 2008. “We started our branded beef program at that time, since we needed a way to more effectively market our cattle,” he says. A branded niche product seemed the best way to go.

“California is an expensive place to do business, so we were forced to go a different direction in 2006-2007 when cattle prices were really low. Then came the recession. California is probably the most expensive place in the world to do business, with high electric costs, minimum wage, taxes, fuel, etc. Ranching is traditionally a low margin business and it got to the point where it wasn’t working. We decided to market the cattle in the Bay area at Napa. My wife headed that up, so now we are selling beef back into the Silicon Valley that we had to move out of, so at least those folks are now our customers!”

Some of their beef is sold to people at the headquarters of Google, Air BNB, and several places in San Francisco and Santa Clara. It is sold wholesale to local restaurants and markets as well as through their own store in Napa which houses a butcher shop and restaurant called the Cookhouse.

The cattle are raised predominantly on grass, and finished for a short time in the ranch feed area in Susanville, according to their consumers’ tastes. “They really like our product and the consistency of it. We debated frequently whether to go with a 100% grass fed product, but for customer satisfaction (which we feel is highest priority) we’ve opted to continue using a short finishing period on a mixture of forage and grain. Due to taste tests, and catering to our chefs, we’ve stuck with this route. We just try to minimize days on feed. We hold all the yearlings over; they are usually harvested at about 24 months of age. We take them slowly; we don’t push them at all,” he says. This is also healthier for the cattle. The Swickards are constantly adapting their management in order
to accommodate each person/agency’s management philosophy.
They have to juggle many different species of wildlife including
sage grouse, tiger salamanders, Carson wandering skipper
butterflies, and Canada geese.

Todd’s parents, Jack and Margret, were introduced to Holistic Management when they went on a Western Livestock Journal tour to Africa in the early 1970s and met Allan Savory. “My dad began using some of those practices and was one of the first ranchers in this area to start planned grazing,” says Todd.

“I continued to incorporate these practices, and this is the main reason we are still in business today. We were able to weather some of the challenges by taking care of the soil, all the vegetation, etc. In our line of business we are producing food and can keep the landscape in relatively natural state. We try to work with nature, even though we have to deal with many different state and federal agency people and private owners that we lease ground from. Each of them has different priorities and objectives and it’s a constant juggling act,” he says.

“It takes a lot of communication and work to try to accommodate all this, and we also have to continually do an education process because many of those folks are not familiar with Holistic Management. We have to re-educate, as new people come on board, so they can understand where we’re coming from,” Todd says.

Holistic Management provides a foundation, and he feels it has kept the ranch in business. The holistic view helps in all aspects of life, and not just the grazing and cattle management. “It helps us put the whole picture together.”

The Five Dot Ranch also holds ranch tours for some of their employees who work in their restaurant in Napa. “It’s a great education for people from urban areas, just to see where their food comes from and how it all works. In the city, people are insulated from actual food production; they get their information from television and off their iPhones! They need a better look,” Todd explains.

“Every winter we sit down and come up with a new grazing plan and try to fix any problems we had the previous year. We always try to move forward. Sometimes we can actually take advantage of drought. If we get into a situation where we have to haul water, we haul it to a place where traditionally the cattle wouldn’t go.” Water can be used as the attractant to get them there, to use that area. “We don’t want to overgraze and sometimes we’ll go 18 months or even two years between uses—before we graze it again—if a certain piece needs a longer recovery period. Everything needs lots of TLC in the drought and it’s not the time to push it.” Todd and his wife Loretta (Lori) have four children. Daughters Kirby and Kaitlin are working full-time for the business. They have both graduated from college and one is working on beef sales full-time and the other is helping on the business side of the ranch. Daughter Lindsay is currently a high school agriculture teacher in Santa Rosa and son Logan is still in college. He plans to come back and work in the family business.

The family business has always been a team effort. “We are starting into our generation succession planning, and going to a seminar on this with the kids. We try to stay current on planning. It’s always good to learn new things and we encourage our children to continually keep changing and adapting to our world. It is changing fast!”

IN PRACTICE is our bi-monthly journal full of inspiring articles that will keep you in touch with the progress, innovations and excitement generated by people who are changing their lives by putting Holistic Management into practice. Subscriptions start as low as $20. Subscribe here. 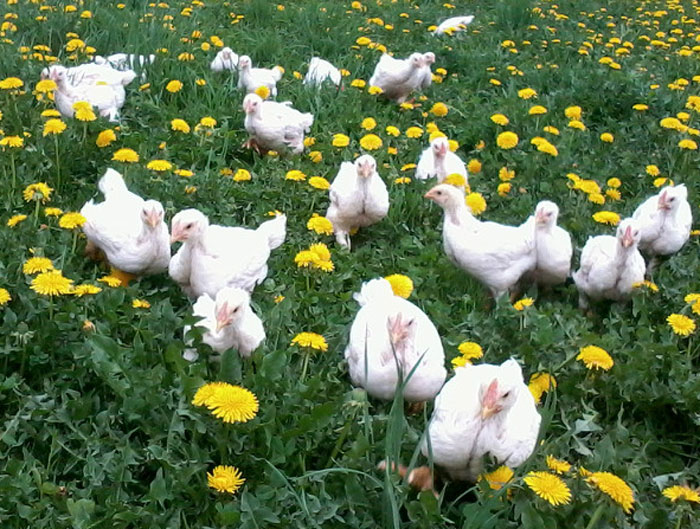 Get the Latest News!